Study of language policies in Europe (Comment of Grin report) 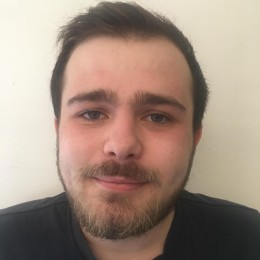 The grin report, produced in 2005 by economist François Grin for the High Council for the evaluation of the school, is an account of language teaching policies in Europe. It deals with issues : "What foreign languages teach, for what reasons, and given what context?", and thus assess in detail these policies according to their economic, political and cultural impacts.

The report imagines three language policy scenarios for Europe: the first being the "all-in-English" to which we are likely heading, the second is that of Plurilingualism which, on the front, is promoted by the European Union, And the last one is the adoption of Esperanto.

In the first scenario, the report highlights that the hegemony of English in Europe gives Britain a considerable advantage, for three main reasons:

–        "Language learning is costly in time and money, both from the point of view of both learners and society;

–        The language skills of the agents, on the other hand, allow them to be more productive: they thus give rise to profits, for both individuals and society;

–        Individuals as well as society will therefore have to invest in the acquisition of foreign language skills, provided that the ratio of profits to costs is quite high compared to that of other possible investments. »

François Grin believes that this advantage relates to Britain more than 15 billion euros per year, whether through the economics of translation costs, the economy of language teaching and the benefits that English brings to the world of The company. This situation is therefore totally unequal (by the Brexit, a hegemony of English seems all the more unjustified).

The second scenario, Plurilingualism, implies that communication in institutions and between European citizens takes place in several languages. François Grin speaks of an effective plurilingual environment, which differs from that promoted by the EU, which is purely theoretical and in practice is not applied. The plurilingualism envisaged implies that certain languages are put forward, leading to a form of oligarchy of some languages in Europe. In this scenario, every European citizen learns two languages in addition to his mother tongue, with a language of the English, French, German "troika" and a less spoken language. This scenario would preserve a form of cultural diversity in Europe, but is not egalitarian between languages and in practice requires a considerable investment in learning. In addition, translation is always necessary to alleviate the shortcomings in language learning.

Finally, the last scenario envisaged and recommended by the report is the implementation of Esperanto as a European language of communication. In this context, Esperanto does not replace the national languages and would be a compulsory LV2 in all the countries of the European Union. This scenario is privileged because it is first and foremost the most egalitarian; Indeed no country benefits from its language. Thus, being "the person's language", it becomes " (...) Thus, easily the language of everyone. " In addition Esperanto is a simple built language to learn, the report quotes a study by Otto Haszpra who estimates that it takes 150 hours to be able to speak Esperanto fluently against 1500 hours for English, 1800 for French or 2000 hours for The German. So teacher training is facilitated and requires a minimal investment.

For François Grin, the main work would be to change mentalities, involving a considerable information campaign in order to be able to implement Esperanto as a European language.

This report is particularly interesting because it highlights the perverse effects of the hegemony of English, and stresses the advantages of a common language in Europe. Nevertheless, our belief is that Esperanto is not the solution.

Indeed this language has some advantages that are presented in this report, especially its ease of learning. Moreover, the argument that makes Esperanto the language of person and therefore the language of all is particularly appealing.

Certainly, but we do not want a ' person language ', we want a language of Europe. One of the factors of the failure of Esperanto is that it is not attached to any culture, and is not based on any institution. We are fortunate in Europe to share an extremely rich common history, and to have strong institutions on which it would be a pity not to rely. Finally Esperanto is a language too theoretical, even anarchic in its structure (just look at the system of accents), and is not egalitarian between genres.

The project ofEuropa Lingua A To promote a common but not unique, egalitarian European language that is based on a strong cultural heritage. Like the interlingual (or Western) language, created by Edgar de Wahl in 1922, theEuropeo Adopts a simple structure based on the languages that made the history of Europe (Greek, Latin, Germanic languages...).

To take up the argument of François Grin, the main work to be done to implement a European language is to change the mindset. Many people are sweeping the idea of a common language in Europe with more or less simplistic arguments. The work of the think tank The Lingua is to change these mindsets, through debate and the production of new ideas.

Previous Article Overview of the languages built, what language for Europe?
Next Article TEDx conference: A crazy ambition for Europe