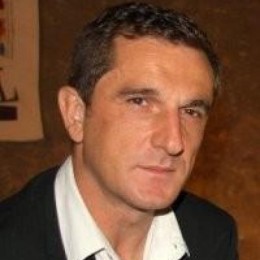 French Entrepreneur, quantum physicist a long time ago. CEO of MailClark and president of Novius A Fan of science, Tech & Art. Inventor of EUROPEO, a common European language.
TEDx conference: A crazy ambition for Europe Posted on 17 June, 201820 comments

French Entrepreneur, quantum physicist a long time ago. CEO of MailClark and president of Novius A Fan of science, Tech & Art. Inventor of EUROPEO, a common European language.

TedX is pushing us to be ambitious. So tonight I would like to propose an ambitious project that would allow us to... Revitalise Europe! Yes, yes, just that. You have to know how to aim high!

Because Europe is an extraordinary civilizational project
Think about it:
This is the first time that a geographical ensemble of the size of an empire is built by membership and not by invasion.
For beyond a common culture, since antiquity, has established itself over the centuries, an obvious convergence of civilization. Despite the borders and the political compartmentalization, the tourist or business traveller feels at home as well in Rome as in Dublin, in Copenhagen as in Seville or in Athens. The artistic and architectural foundations, the cultural values, the human rights, the defense of freedoms, the rules of love, of life, of death are everywhere the same.
It is a common civilization that unites us.

And yet after a really exciting start, political Europe skates. It seems that we are blocked, that something is preventing us from moving forward, going further together.

Some say that it is because Europe is
Too bureaucratic
Too economical
Too centralized
Not political enough
Maybe...

My belief is that Europe is lacking a fundamental thing.
Something that all the Nations under construction have imposed, sometimes forcibly, on their populations to obtain unity, something so indispensable that countries that do not have it are threatened with explosion constantly,

The Roman Empire had Latin, the British Empire English, the Chinese federate with the characters, the Muslim world with the Arabic Quran, Latin America with Spanish.
In contrast, Belgium or Catalonia are experiencing serious difficulties due in large part to the absence of a common language.

Until the end of the 18th century Europe maintained a cohesiveness among its elites thanks to Latin. And then the birth of the nation states was made by the imposition of national languages and by the gradual abolition of that common language that was Latin.

This appearance of nationalisms and this inability to understand each other has, as everyone knows, led to the horrific wars of the twentieth century which had finally only one virtue: that of persuading us to do everything to obtain peace. And the best way we could find this was the invention of political Europe.

But since we're having trouble understanding each other.
24 official languages, that's all. We see them here on this image from the European Union website. They look happy but in my opinion it's just a photomontage!

Good on these 24 languages, 3 are said working languages: German, French and especially English which seems to take everything right now.

Since we speak of English I will take advantage of your large presence to do a poll:
I have three questions:
Who of you speaks English? Almost everyone.
Who of you can follow a movie without captioning? Already a lot less.
Who among you feels capable of dominating a negotiation against a native English speaker? Hardly anyone!

In fact, contrary to the ideas received, English is a very difficult language to master and therefore a source of many misunderstandings. This leads a good part of Europeans to finally be very reluctant to use it because it often gives them a sense of injustice and submission to a foreign power.

So if we want to find the unity of Europe, we need a common language but not English, which is no language of the European States either.
It won't be Latin no, no more. Sometimes you have to know how to turn pages.
Esperanto could be a candidate. But it has many flaws, including being too theoretical, not natural enough. I think that's why he's not taking off.

So the European language does not exist yet.

So what to do?

What if we're ambitious?

Why don't we build it?

Ridiculous? Maybe... So what? Good. All the great ideas have, it seems, been judged at first ridiculous and then dangerous before becoming obvious.

So why not us, in Europe.

What would the specifications be?

– To build a language-synthesis of European languages without any preference.
– Build a common but not unique language. If I am French, I keep French but I also speak this common language.
– Building an egalitarian language between men and women (more of a problem of inclusivity)
– To build a language that is representative of our history, having Greek and Latin roots,
– Building an easy language, learning, reading, pronouncing, and an immediate understanding
For example, learning a language built to get a correct level takes 150 hours while it takes 1500 hours for a typical language. A factor of 10!

So since no current language really fills this specification and as I had a little time to lose (always think about wasting a little time, it's important), I built one.
And I called it Europeo, naturally.

So how I built it?
My work was the following
It just so happens that in life I work in the software. Today it allows us to have on hand extaordinaires tools.
So I used Google Translate which allows to get the translation of any word in the 24 European languages. And I coded a program, which is located on a site accessible to all europeo.li, on which it is enough to enter a word, the software loads the translations in the 24 official languages of Europe and computes, in a way, the barycenter of this word weighted by the P Opulation speaking each of these languages.
So we get a word consensual and understood by all. A democratic word somehow.

Some examples:
For example the word ambitious, the word of the evening, in Europeo translates into Ambitios. Ambitious by Ambitios

Beer translates to Bier
Wanting to fly
Please by prose
Hence the indispensable phrase wherever we go in Europe
"Yo steals a bier, prose."

If you are not very beer, you can also ask
A cider
A wine rod o a wine white
An orange juice o an aqua mineral
A te o a cafe

For you to get an idea of his phonetics, of his music, I asked non-francophone European friends, to give you a little demonstration:

The magic of this story is that it allows us to dig up a language that, without our knowledge, is buried in us and that we all understand.

It isn't our language and yet we feel, without being able to explain precisely why, that it is still our language. Because in fact it is more than a language, it is a common heritage and that is what should define the European language.

You will have understood, whether it is the EUROPEO or another language built (I think inter-lingual and Interlingua, two languages built that could be very good bases), to have ambition for Europe today is to dare To say that it is possible to imagine a common language and to put it in place with the work of linguists of course, and that it is only thanks to it that we will be able to build a real unity in Europe.

French Entrepreneur, quantum physicist a long time ago. CEO of MailClark and president of Novius A Fan of science, Tech & Art. Inventor of EUROPEO, a common European language.